The more observant among you will have noticed that the village sign, which was a victim of the storms during the winter, is back again in its rightful position at the crossroads (on the corner between Brenchley and Lamberhurst Roads). Thanks to volunteers from the Parish Council, assisted at various times by various villagers, the sign has been cleaned up, renovated and re-erected, and will hopefully have many more years of life in it. Thanks also to Andrew from the Heath Stores, in whose garden the sign is located, who provided the work parties with regular cups of coffee! The inscription on the supporting post reads “WI 1919-1979”, which we understand indicates that the sign was originally erected in 1979 to commemorate 60 years of the WI in the village. It was originally a carved wooden sign, later changed to a painted one, with the design produced by children from Horsmonden School (we understand). 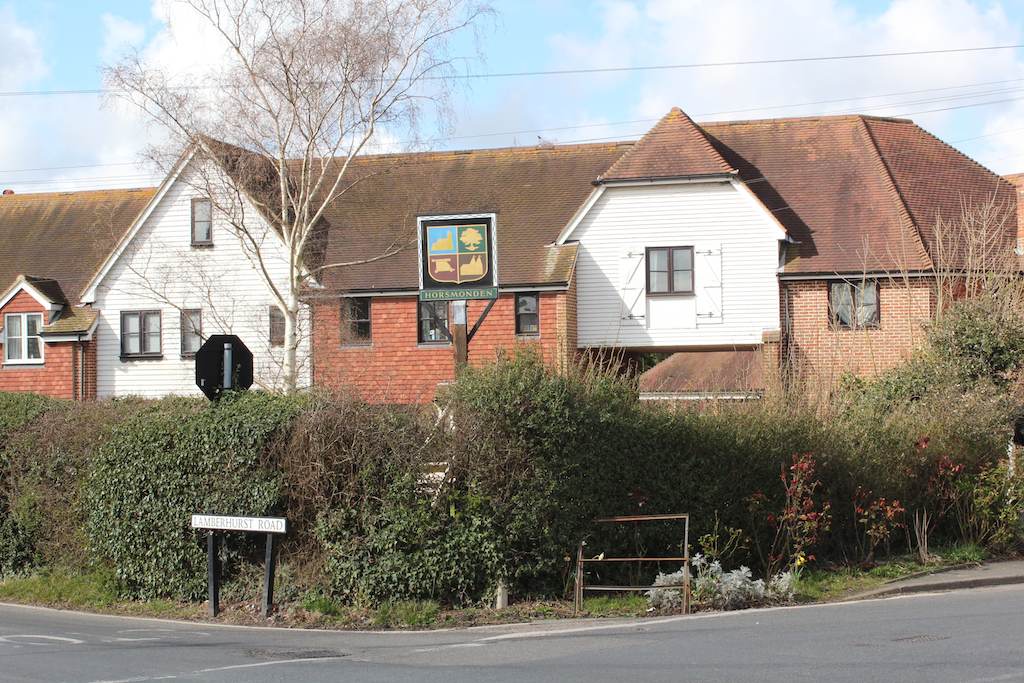